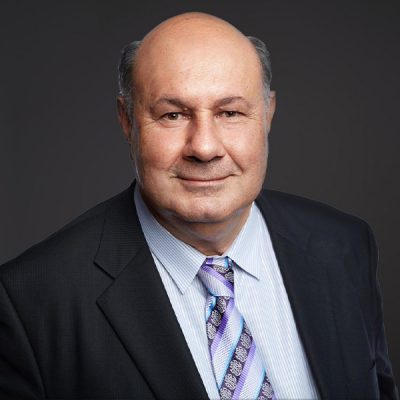 Joe is a Fellow of the Institute of Public Accountants and Fellow of the Taxation Institute of Australia. He commenced work in 1977 for a large firm of Chartered Accountants, Arthur Young & Co, in the field of audit for nearly 6 years. In 1982 Joe moved to work with a smaller firm, Bowman Manser & Associates, in the Accounting Services Taxation field, and in 1985 he established his own accounting and taxation practice, Joe Fanto & Associates. In 1988 he took on a partner, Frank Martino, and today Joe remains as active partner of Fanto Martino & Co.

Joe’s involvement with the Society of Saint Hilarion commenced in 1978 when Dr Franco Chitti recruited him as Treasurer of the Executive Committee and over the years, Joe was a Councillor and he also served for three years as President. In 1987 Joe was elected to the the first Aged Care Management Board and he has served every year since, including 4 years as Chairman from 2007 to 2011. Prior to this time he also served as a Procurator (Trustee) and upon the completion of his term as Board Chairman in 2011, he was reinstated as a Procurator.

Each year Joe takes great pride and pleasure in visiting the town of Caulonia in the South of Italy where Saint Hilarion is the Patron Saint.